If the youth of today can learn anytime, anyplace, with anybody, through any device on futures' most relevant themes, connected globally, then that is the best way to bring near
a more sustainable world.
Key is to open schools to society, having students learn in real life and acquiring skills and competences with which they will define our future society.

The OPEDUCA Project focuses on the development of youngsters, enabling and empowering them to learn Anytime, Anyplace, with Anybody, through Any Device to create a more sustainable future. The OPEDUCA-concept thereto makes a full-scale transition of education- and school-practice possible, building from present capacity, meeting today's standards while effectuating future possibilities. It takes learning beyond conventional practices by introducing innovative learning methodologies and whole system learning strategies that improve education from within, positioning teachers and students as the owners and drivers of transformation through learning.

Acknowledging a natural order of Earth, Well-being and Welfare, the OPEDUCA-concept starts from these “Dimensions of Sustainable Development” (Eussen, 2007) from which future-defining themes are derived. Primary, secondary and further education are connected through students’ permanent inquiry-, problem- and community learning on these themes, thereby tapping into regional society and global communities in which people and organisations become ‘Partners in Education'. The learning is student-based, the learning an ongoing pathway as a tread throughout and beyond the system.

The OPEDUCA Concept builds on a holistic approach which informs an integrated education.

The Dimensions of Education for Sustainable Development

The themes students generally start to learn about are those that will define our common future and can bring young learners together from all over the world by their universal character (i.e Food, Water, Energy, Health, Construction). 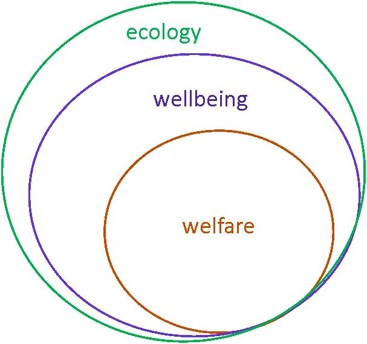 An ongoing Learning Process
as a tread throughout the (educational) system

In one continuous flow knowledge and understanding are achieved by developing practical skills and competencies through interactions with the local world in which they live and from thereon with peers in a global learning space. The learning process an ongoing pathway through systems and levels, balancing public and private influences.

Young people's education on future relevant themes in OPEDUCA is defined as active-, inquiry-, problem- and community based learning.

From a Holistic perspective to Integrated Education

The OPEDUCA-concept can be regarded the early application of totally integrated education, starting from a holistic perspective, seeing to a 'Whole Student Approach'. It discerns Learning from Education and Education form Schooling - putting Learning first.

Leaving the Patchwork of the Educational Landscape behind

The educational potential of a region appeared to be more scattered and at risk then eventually perceived. Metaphorically speaking, it is a ‘patched blanket’ where new ventures challenging the inertia of the system become interlocked with it or disappear altogether, patches torn loose mended in place by power structures in indiscriminate fashion. To bring all and everybody with potential value for youngsters’ development together, not only requires immense effort and persistence, but also contradicts with the societal fabric as it requires the de-patch of a blanket many stand on and live from. Moreover, since people change role and position, alter opinion, preferences, interests and reshape their disposition, the orchestration of a hornet’s nest to play Bach seems a walk in the park.
Continuing the analogy, the conceptual strength of the OPEDUCA-concept delivered a strong new yarn and sharp needle drenched in the potential of transition, therewith holding the promise to transform the societal patchwork to a coherent whole. Those seeking coherence and togetherness found a joint momentum led by vision. It was, however, a mistake to believe that also most prominently coloured patches, mainly those in the field of STEM and Environmental Education, would eventually develop along. Even though the benefits of a joint approach were acknowledged and remain undisputed until today, such proofed credulous. We had to acknowledge:

• some patches in the educational landscape are intended to be and remain so,
• several yarns appeared pervaded by personal interests (mostly funding- and job related),
• what seemed patches were actually holes in the landscape, only noticed when stepped on or scrutinised,
• the number and variety of patches grows due to a constant influx of new fabric and (re-)designs.


Disable mouse right-click - This line is not published, it's only for ease of access to the blue gear